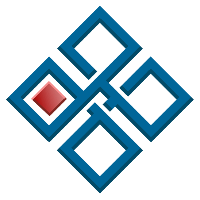 Before 2011, the Tunisian media system was one of the most defective in the world regarding freedom of the press. In the beginning of 2011, when the Tunisian revolution made Ben Ali fled to Saudi Arabia, Tunisians have been optimistic about a media transformation. Defects of the media system have been identified quickly.

Shortly after the ouster of Ben Ali, an interim (coalition) government was created and coordinated the ongoing democratization process which has been marked by the attempts to implement new structures without breaking abruptly with the old ones: Key instruments to control the media which are the Ministry of Information and Tunisian Agency for External Communication were abolished, and the freedom of publishing was guaranteed by decree 115.

With the victory the of Islamist party Ennahda and two leftist parties CPR and Ettakattol in October 2011, religious oriented actors had formally the highest influence on the further democratization process. This led to numerous conflicts over the restructuration of the media system and the central question which role the press freedom would play in the future constitution. The former optimism yielded serious concerns as Ennahda wanted to equate the protection of religion with press freedom. Civil-society actors considered this demand as an open door for government censorship. In 2014, the new constitution contained a compromise. Article 31 guarantees the freedoms of opinion, thoughts, information, expression & publication; at the same time, Article 6 fixes the state’s task to protect the religion & “the sacred” from assaults. Today, experts and civil-society actors tend to be more optimistic, even though some concerns are expressed.

As in almost all Arab countries, Tunisian media have been official and tightly censored before 2011.

There were no outlets other than some partisan newspapers that did not have a large audience or social media networks — particularly Facebook — which started developing in the end of the first decade of this century.

A video, a blog article or even a photo can have a crucial impact if it is published in the alternative media.

Sometimes it is professional bloggers or citizens who report reality; therefore, their work represents civic journalism for citizens who have the right to find information in the alternative media.

This worked out so well that some people called the Tunisian Revolution the Facebook Revolution.

The media were struggling but they were not defeated by technology. What happened on Jan. 14, 2011, was not a product of Facebook or Al-Jazeera TV. Rather, the political situation in general could no longer endure this system facing these external interventions.”

Facebook has become an outlet for the Tunisian citizens after the revolution especially that they have lost trust in public and private media and felt that these media have deceived them.

Alternative media has had an efficient and leading role in the Tunisian Revolution and in changing people’s view of the media in general.

But after the revolution, notably on Facebook, there has been a mixture of the good and the bad.

There was a great pressure on the media, and when the hand of the politician was lifted over the media, an “explosion” took place.

We have escaped political pressure but are now facing the risk of financial influence as business men have tried to expand their activities into the field of journalism.

Journalists themselves do not have the financial resources to launch media institutions.

As a result, we have observed a spiral of corrupted mass media owners who only seek for as many news consumers as possible in order to be attractive for advertisers and benefit financially as much as possible.

The greatest asset of Jan. 14, 2011 was the freedom of the press, but in turn, there were many violations.

Therefore, it was necessary to impose rules.

In some parts, the 116 decree includes regulations for the audio-visual sector.

For a long time, we have neglected one important aspect: self-regulation.

Our expectations towards the regulating committee have been higher than necessary and it has been proved that its influence as well as its legal and moral authority are limited.

As a consequence, we started accusing HAICA of imperfection and unfairness.

It started to be criticized by the private channels’ owners who have specific interests.

Hence, the HAICA has on the one hand an administrative function, and it has on the other hand been transformed into a legislative body which is responsible for passing laws.

For example, in form of books on specifications, HAICA has imposed regulations for audio-visual media that are — legally speaking — not efficient.

Moreover, the HAICA committee possesses judicial power since it is allowed to punish violators of these specifications.

In the name of the freedom, they wanted to cancel the role of HAICA although it has been proved today that the best regulating committee in the world can not ensure that ethics in audiovisual media or communication are respected.

In fact, audio-visual communication, radio and TV productions are ensured by the channels themselves.

Whereas, the regulating committee HAICA only inferes in case of law violation.

HAICA is regulated by law itself, and it is not a self-regulated institution.

For these reasons, we have to focus on the role of the cultural environment and media education of the audience.

For example, our association ‘Alternative Media’ has tried to play an effective role.

For years we have visited many Tunisian regions and organized training sessions to which we have invited young journalists engaged in alternative journalism.

We have trained them on the principles of journalistic work to provide people with trustworthy information.

For years, we have demanded to include media education in the educational programs because it is the audience that imposes a better quality.

The more we take into account the awareness and taste of the audience the better the media products will be.

For the future, it is important to set clear legislative fundamentals that define the sector and guarantee a certain degree of freedom.