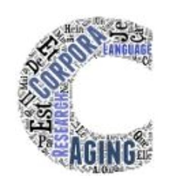 The conference is dedicated to discussing major issues in language and aging research. The focus is on projects and research questions taking their point of departure in empirical approaches and the use of innovative methods to gather and analyze authentic material and samples of language data from older adults. Also, the subject of language in later life is deeply embedded in interdisciplinary contexts. It is thus mandatory that linguists with various specializations in pragmatics, sociolinguistics, and corpus linguistics, as well as psycholinguists, psychologists, and experts in the field of nursery and healthcare, work together.

After two previous events at the University of Louvain, this is the first academic event of the CLARe network in Berlin, which aims to promote the institutionalization of exchange between the participating disciplines and countries.


Round tables on methods and applied linguistics